Understanding How Assets are Divided in Divorce 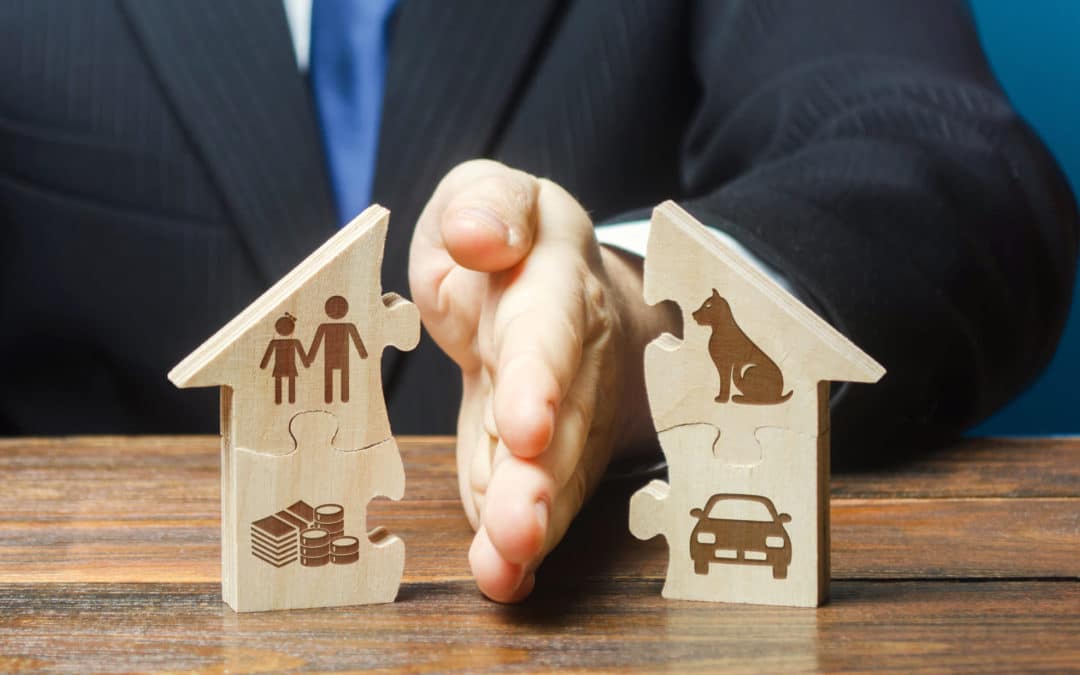 If you are planning to file for divorce, you may have some concerns about your assets. It is normal for someone who is thinking about getting divorced to worry about his or her property. Although you have likely earned money on your own and have possibly even used that money to invest in different assets that you now own, there is a good possibility that you are going to need to share some of those assets with your former partner. Every situation is different when it comes to divorce, and some former couples are willing to negotiate and work better with one another than other couples. Before you begin the filing process, it is important for you to have a better understanding of how the assets are divided in a divorce.

During most divorce proceedings, community property owned by the couple is equally divided between the two of them. Before understanding the equal division of this property, it is important to know what types of items fall under the category of community property. The community property between a couple typically includes money that was earned by both individuals throughout the relationship, including any money that is currently in a checking and/or savings account and property that was purchased throughout the duration of the marriage. The property might include a home, vehicles, valuable artwork, furniture, and other items that couples tend to purchase when they are living together in a household.

In many situations, it is best to equally divide the community property between the two individuals who were in a relationship with one another. Most couples are looking forward to getting through the divorce process with the least amount of stress possible, so they are often willing to negotiate and work things out when it comes to dividing the property between the two of them. For example, one person may agree to take the couch while the other agrees to take the loveseat and reclining chair. This is just an example of the way that a couple can work on equally dividing their property without putting up a fight that leads to stress and frustration for both people involved.

Although it is common for couples to split their community property evenly between one another, it is not always the case. There are times when other factors are involved. For example, if there are children involved, the parent who takes on the responsibility of being the primary caretaker may receive more than the other parent simply because the needs of the children are important and are regularly taken into consideration. It also depends on the situation of each individual. If one person in the relationship makes significantly more than the other and it is obvious that the other person who earns much less is going to struggle without the extra financial help, that individual may receive more of the community property during the divorce.

Some people will even put in special requests for certain items that they would like to receive. Some of the belongings that were purchased throughout the marriage may have sentimental value to one of these individuals. If there is something of importance that a former spouse is interested in keeping, he or she can let the divorce lawyer know. The divorce lawyer would work on trying to negotiate with the other person’s lawyer to ensure that the client could get the items that he or she truly wants and needs to have.

Keeping Separate Property Without Dividing it

While the community property is often divided equally between the former couple, some assets are kept separate. If an individual owned properties, vehicles, and other assets before getting married to his or her spouse, those items are often considered exempt and would not be given to the other individual. However, it does depend on the situation. There are times when assets are acquired prior to the marriage, but the original owner of those assets could add his or her partner’s name to those assets. When this happens, the situation becomes a bit more challenging.

If someone in the marriage received gifts from other people at times, those assets are exempt from the community property. Even though the gifts were received while the individual was married to his or her spouse, those items came from a third-party and were handed over as a gift to the original recipient, which means that the recipient does not need to share them with the former spouse. The same thing goes for any inheritances. There are times when a person is married and he or she receives an inheritance from a loved one who passed away. If this happens, the inheritance money is not split between the former couple. The person who inherited the money gets to keep it and his or her ex cannot touch that money.

Choosing Who Continues to Live in the Home

When it comes to the home that the couple has likely lived in for several years, trying to divide it between the two of them is difficult at times. There are a few different situations that can occur. Some of these situations include:

Assets are often divided equally between both people in the marriage, but there are times when one person might get more than the other person. It all depends on the situation and whether there are children involved or not. Anything that is considered community property is often split down the middle for both people in the marriage while each person gets to keep his or her own separate property. Items that were bought before the marriage, items that were inherited, and items that were gifted to the individual all tend to fall under the category of separate property.

Because the process of separating assets is time-consuming, tedious, and often a bit frustrating for both parties involved, it is helpful to have a divorce lawyer there to assist you with every step that is involved. You can make sure you are getting the assets you want and need without experience as much frustration throughout the divorce process. At Bouloukos Oglesby & Mitchell, we have experience helping clients that are interested in getting divorced. If you are ready to end the marriage and need dependable lawyers on your side, reach out to us today at 205-352-4205.